We had a little bit of an odd start to our morning today. One of the neighboring powerboats that came into the anchorage late in the afternoon yesterday decided to anchor relatively close to our boat. The wind changed direction on us last night and it appeared that our anchors had crossed in the swing. We had eaten breakfast and had our coffee at around 6:30am and shortly thereafter, my dad saw our window of opportunity to retrieve our anchor without waking the neighbors.

So, I put down the dishes I was washing and went above deck to man the helm while my dad raised the anchor. We got away cleanly and were on our way. I really don’t like leaving an anchorage on a whim; since we leave so many things unchecked on our “prep list” for readying the boat for departure. As my dad returned from the bow triumphant, I asked him to please go turn on all the navigation equipment so we could clear the anchorage without running aground; as I had forgotten to turn them on. Not the way to do things!

Nevertheless, we left without hitting bottom and were off to our next destination of Beaverstone Bay with the sun rising in the East to light our way. We were even able to snap a shot of the famous Indian face on the rocks as we exited.

Making our way out of the cove, the wind and waves started to pick up a bit. It wan’t until we reached the channel in Kallarney that we got a break in the action. Unfortunately, the channel is relatively short, and we were back into the chop in short order.

The wave action for this early in the morning was substantial. According to the marine weather radio, they were reporting in at around 1M (~3.28 ft). And, of course, they were hitting us right on the beam. We were rolling so badly at one point that I had to go down below to try and more thoroughly secure some of the dishes that were clanging around in their cabinets. Not a fun task when the boat is pitching side to side in 4-6ft arcs!

With no damage done to any of our dish ware, we made it into the mouth of Collins Inlet. There were many rocky outcrops peaking out of the water on our starboard side that aided in diminishing the rocking and rolling of the waves coming from Lake Huron.

I know that I keep saying this, but today has to have been the most beautiful day thus far. First it was Little Current’s bluff, then the day after it was Covered Portage Cove, and now it’s this. But trust me when I say this, it just keeps getting better! I know that the North Channel has all the notoriety and is recognized as one of the top 5 cursing destinations in the world, but so far, the initial stages of the Georgian Bay trump the North Channel. It’s not even close!

The Collins Inlet is a little channel that runs from just east of  Kallarney to Beaverstone Bay. It twists and winds through some of the prettiest landscape that I’ve ever seen. There were some challenging spots where it got very narrow/shallow or when we would lose GPS connectivity and our chart plotter would put us on land. But, all that aside, incredibly enjoyable! 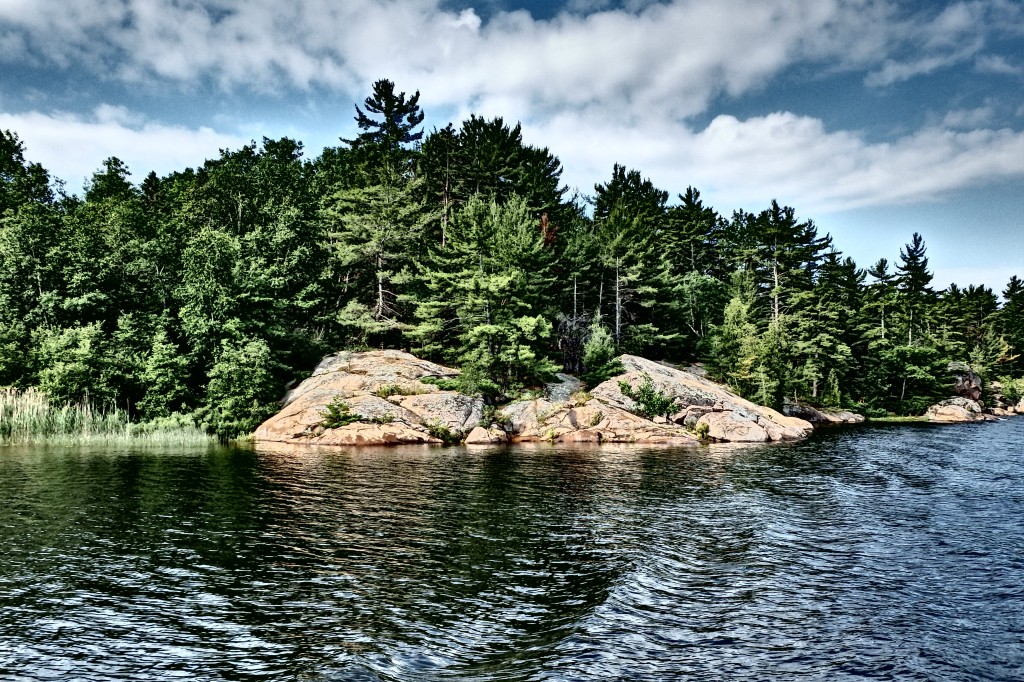 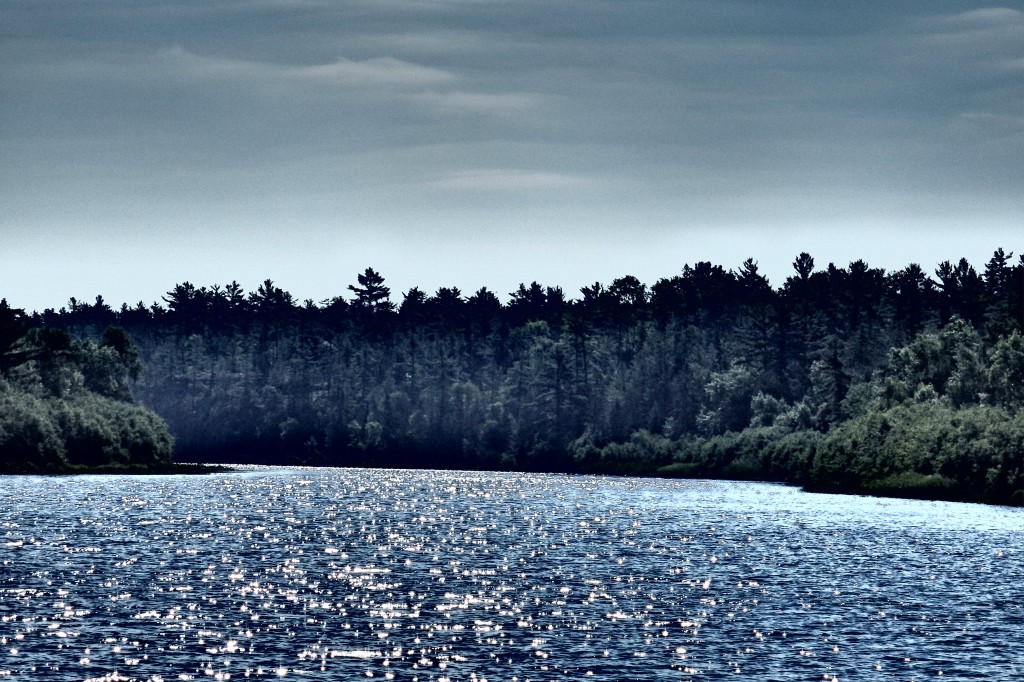 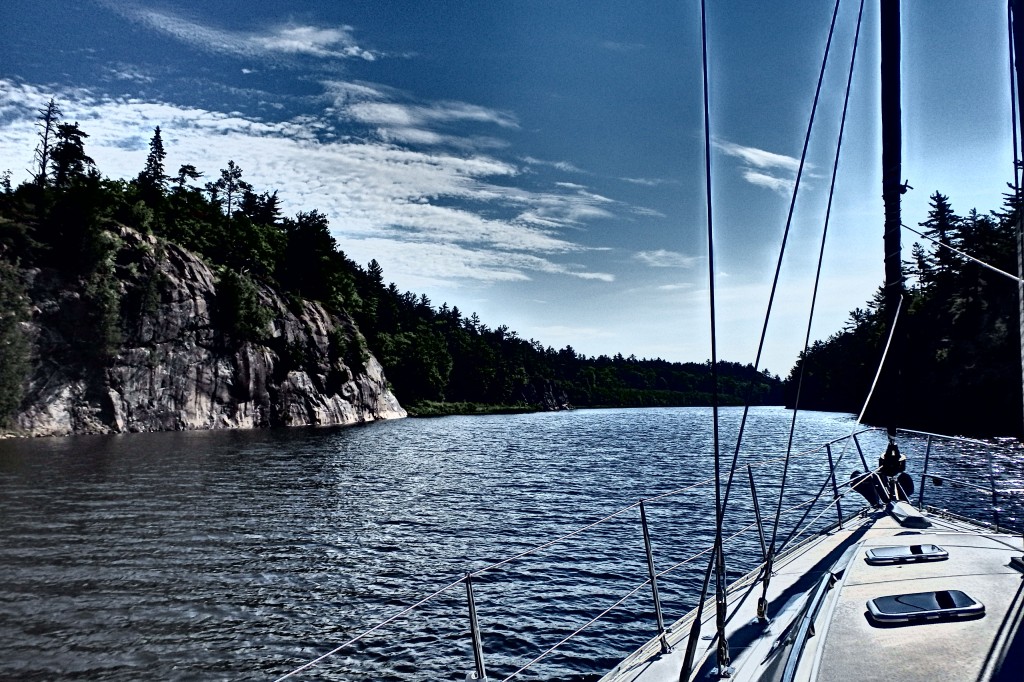 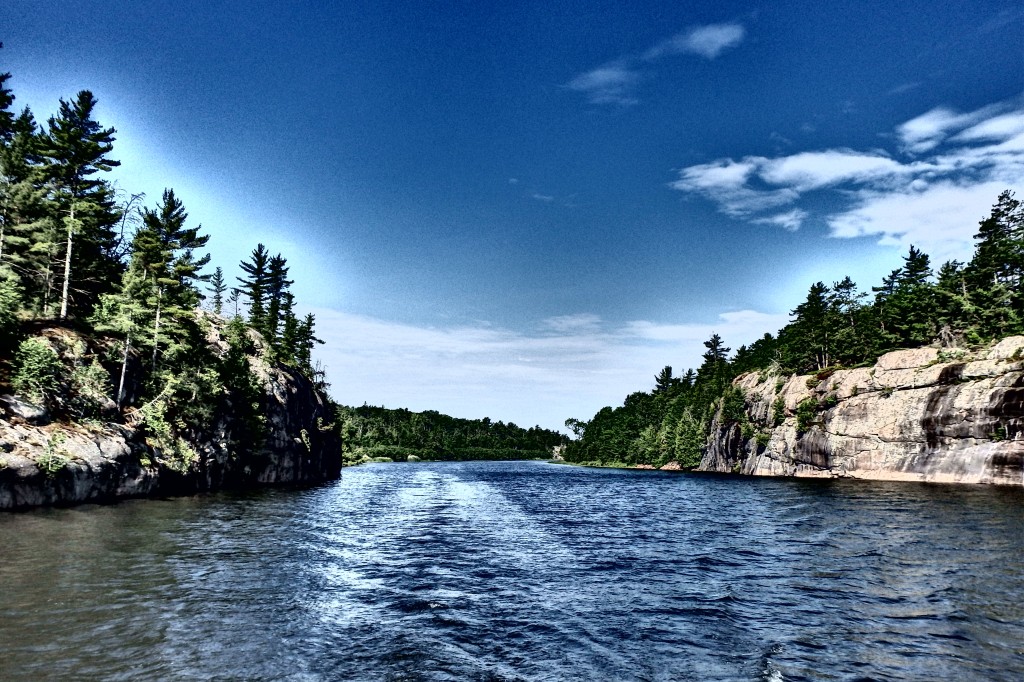 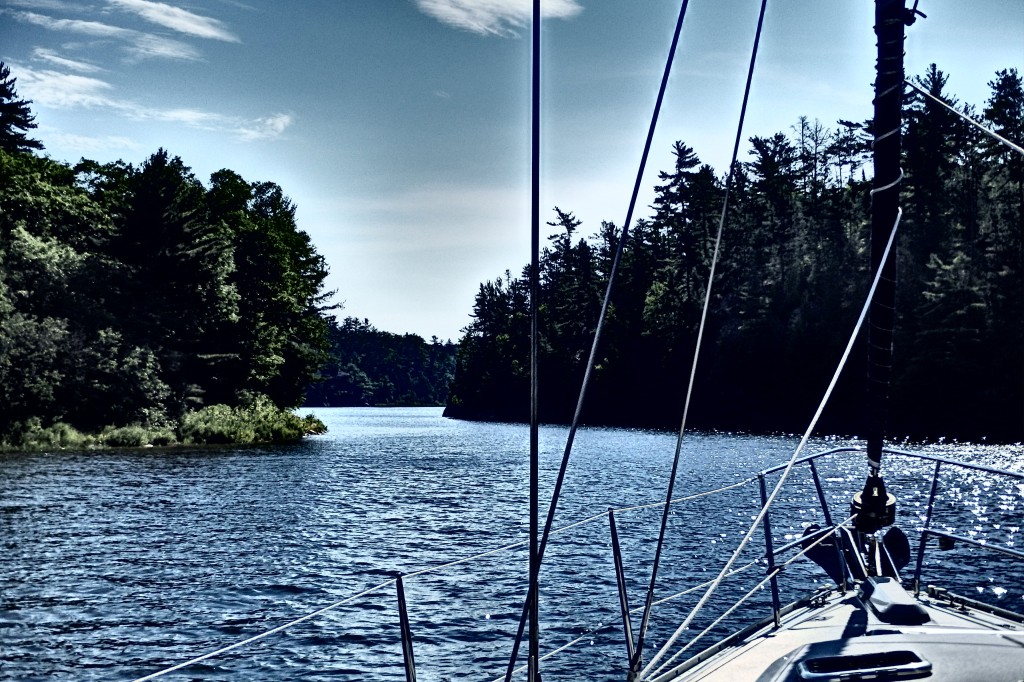 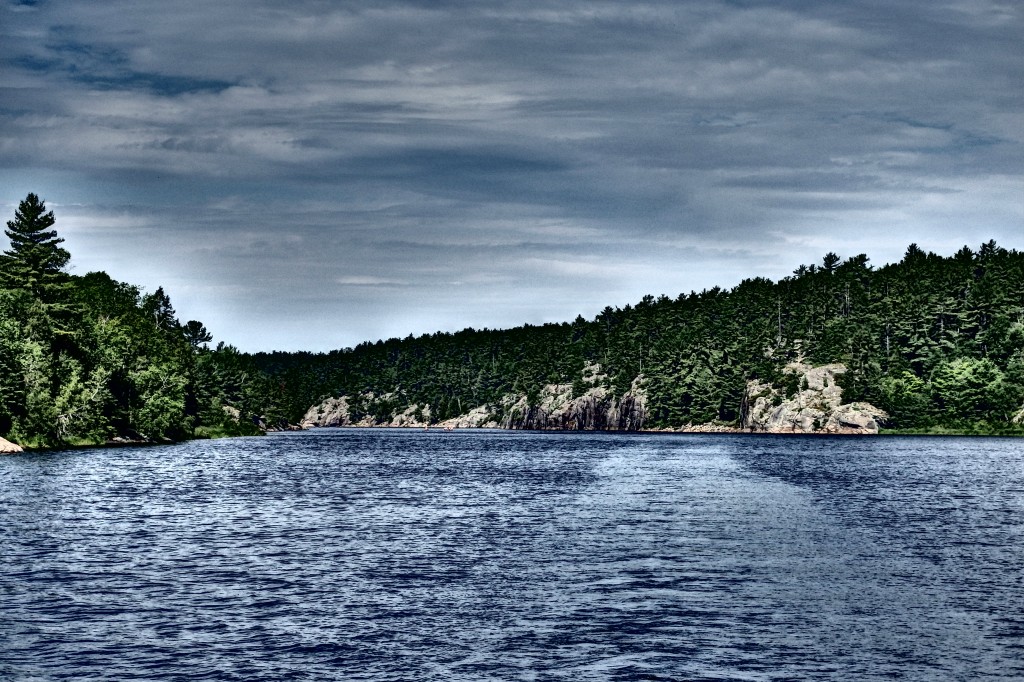 Once through the shallows and into the deeper waters of Beaver Stone Bay, we breathed a little sigh of relief. But, our work wasn’t over. The winds were picking up to 15-20 knots and the waves were beginning to build the further south we went into the bay. Our first anchorage that we had identified earlier in the day was to be off of Burnt Island. However, given the winds out of the Southwest, the island would not give us adequate protection and we would be beat up all night. Our second alternative was a little nook located just North of Muskrat Bay. We nosed into the area to check out the depth and how the wind was hitting the land. It was the best that we had seen, so we lowered the anchor.

Every day has been a learning experience for me. And, today was no different. While setting the anchor, we were not achieving a very firm hold on the bottom. Our chart plotter and paper charts didn’t indicate what the composition was either (i.e. mud, sand, rocks, etc). Eventually I felt the anchor catch and decided that it would be a good idea (given the windy conditions) to bear down on it a little harder in reverse to ensure a good set. Apparently I gave her a little too much juice and my dad yelled for me to cut the engine; as I was about to yank the windlass straight off the bow. No damage done. But, I learned a valuable lesson in anchoring. Everything in moderation, even when it comes to setting the anchor.

We arrived well ahead of our projected time and made a little lunch as soon as we secured the bridle to the anchor chain. Mrs. Grass chicken noodle soup (with extra noodles added) has become a favorite of my dad and I. Especially on windy and cold days like today (after exiting the inlet that is). After lunch, my dad napped in the protected recesses of the cockpit area and I decided to try my hand at fishing again. Another unsuccessful endeavor.

Meanwhile, my dad was rousing from his nap and too decided to join me in fishing. I am determined to catch something using a fancy lure (I feel that it’s more sporting). My dad, on the other hand, likes the tried and true bait on a hook approach. I noticed a little tension on his line out of the corner of my eye a handful of times before I really paid attention to it. I thought that it may have just been the wind or the current influencing the line. But, as I traced his line down, I noticed that it had snagged on the dinghy. His line had really worked its way onto the dingy, under the oars, around the handles…. just a mess. After working out the line I noticed movement under the boat. He had a fish on! What do you know?!?

The fish turned out to be a small mouth bass. It looked like the one that made a pass at my lure just as I was bringing it back onto the boat a few minutes early. Poor little guy was just hungry. Having caught one, we decided to fish for a little longer to see if we could catch another to have enough for a proper fish fry. No luck.

It was starting to rain just as we wrapped up, so we decided that it was a good time to call it a day in terms of fishing. I went below to take a nap shortly thereafter and my dad read his book. When I awoke it was around 5pm and almost time to start dinner. No fish tonight, but maybe tomorrow night as I continue to work on my fishing abilities.

All in all it was a great day. And, it’s been exactly one month since we hit the water in Sturgeon Bay to start this fantastic journey. I’m still loving each and every day 🙂

Covered Portage Cove, ON to Beaverstone Bay, ON

3 thoughts on “Covered Portage Cove, ON to Beaverstone Bay, ON”