Like I mentioned in my previous post, after spending the night with my Grandma and Great Aunt, I fell face first into my pillow and slept for a solid 12 hours. Waking up the next morning I felt refreshed. Which was important; as we had about 6+ hours worth of driving ahead of us to meet our boat in New Baltimore, NY (a little south of Albany).

The scenery along our drive was magnificent. We chose to take the scenic route and forgo the expressway just for this reason. The elevation changes and the lushness of the greenery were captivating. It was like being back in the Black Forest region of Germany (only a lot less elevation). 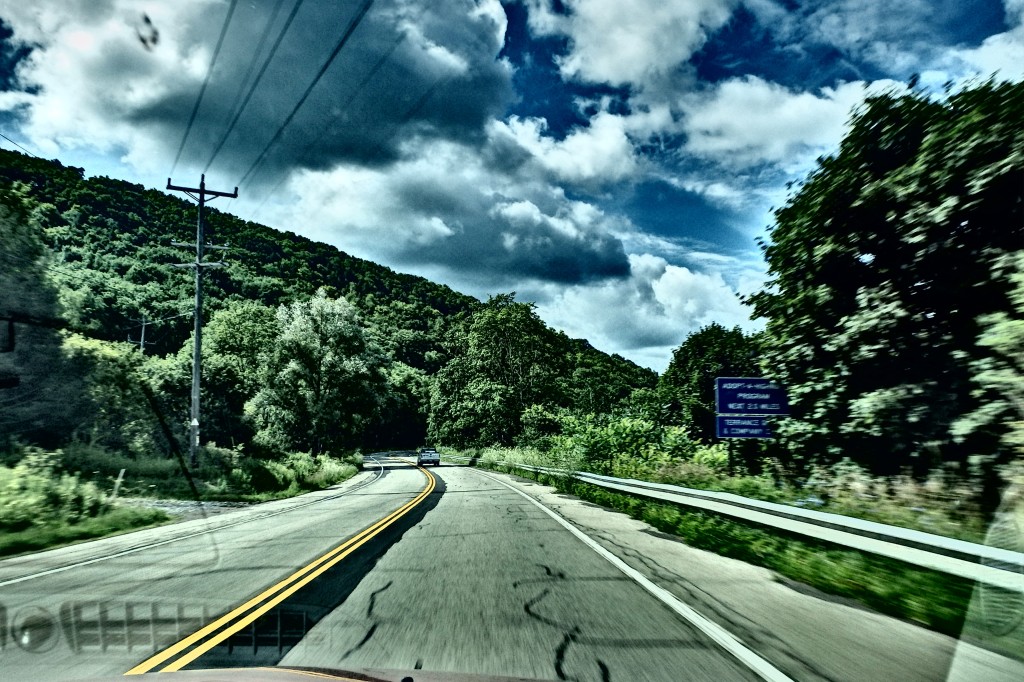 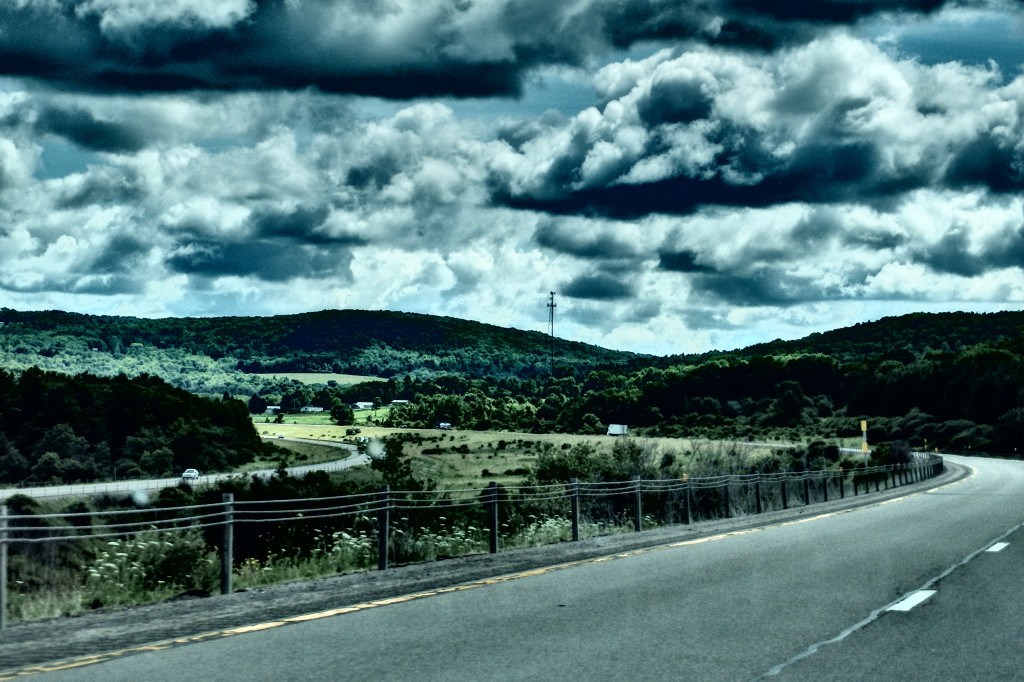 We were about 30 minutes out from our destination when we got a call from the marina to let us know that our boat had been put in the water. Pretty decent timing!

The marina, Shady Harbor wasn’t anything special. But, it was the only place within reasonable distance (not too far down river) that could accommodate a boat of our size (depth and length wise). So, we had no option. The staff wasn’t bad, but not entirely user friendly. They’d say that they were going to do something, like move our boat, and we would never hear from them. The manager was also impossible to run down when we need to talk logistics or even pay the guy. I’m coming to realize very quickly that we have just been incredibly spoiled by the quality of marinas (facilities and staff) in the Great Lakes. With our recent challenges, we sometimes ask ourselves why we even left 😉

We couldn’t do much when we arrived, so we unpacked and looked for a place to grab dinner. There was a restaurant right at the marina, but we wanted pizza. A good pizza. So we struck off in our rental car to a city a few miles away. The Village Pizzeria in Ravena is phenomenal. Delicious New York style pizza and ice cold beer. It was exactly what the doctor ordered after a long day of travel. Additionally, we were so happy to be back in the US paying reasonable prices. We had a large pizza and 3 Heineken’s for around $30. The same meal in Canada would have cost us over $50. Ridiculous!

The next morning we had a lot of running around to do. We had to return the rental car to Albany. Which meant driving the courtesy car from the marina (which was not in good shape, clean, or full of gas). It was kind of an adventure, the windows were filthy when I hopped in and of course, the window cleaner fluid was out. Oh well!

Oh, and it’s my sister’s birthday. So we had to find a good time to call her too. Happy Birthday, Jenna 🙂

After dropping off the rental at the airport we needed to re-provision. I spied a Walmart on the freeway on our way to the airport and made sure that we exited early enough to catch it along the county highway. Sure enough, we found it!

The place was a zoo though! People everywhere, clogged aisles, backed up checkout lanes. Ugh. The biggest absurdity was the shear amount of Walmart employees who were on their cell phones. Not just on their cell phone on a break or lunch. But, while working out on the floor. I must have counted 5 of them. Good luck getting help! Nevertheless, we found what we needed and a bonus! They had the Coleman camper’s oven propane/butane mix cylinders that have been exceedingly elusive throughout our journey thus far. We like to use those instead of the propane gas stove on the boat on rainy days so we don’t have to go outside the cabin to turn the gas on/off.

When we got back to the boat, it was time to relax. The marina in Catskill, NY (just down the river a few miles south) wasn’t able to step our mast that afternoon anyways, so we would have to wait for morning. We spent the afternoon lounging by the pool. Not too bad of a way to spend the day. Unfortunately, as the night drew on, the marina got louder and rowdier as the weekend crowd began to roll in. We met some nice people on the dock, but there were a few who were just down right obnoxious. Not to mention the little dog that we had to listen to whine/bark for a good 5 hours while it’s owners socialized elsewhere. I felt bad for it.

We finished off the night with the season finale of Homeland (Season 2) and hit the hay. Off to Catskill tomorrow to step the mast!